We treated ourselves to a caravan park after the long days of walking and driving, and enjoyed the simple luxury of washing our hair under a hot shower. It rained all night and the following day, we were cosy under a tree with the awning up, allowing us to chill outside. Taking advantage of the phone reception we spent the day on the net applying for work in Darwin.

Back on the road, heading north, straight up the middle of the country, we stopped in at a few awesome spots. Rainbow valley was great, a giant rock sculptured by Mother Nature, with a fabulous array of colours. After 40km of heavily corrugated road we were extremely happy to go exploring before putting Nessy and ourselves through the ordeal again. We also stopped at the Henbury Meteor Craters; twelve impressive craters that were formed 4,000 years ago, when a meteorite travelling 40,000km per hour broke into pieces and hit the earth. 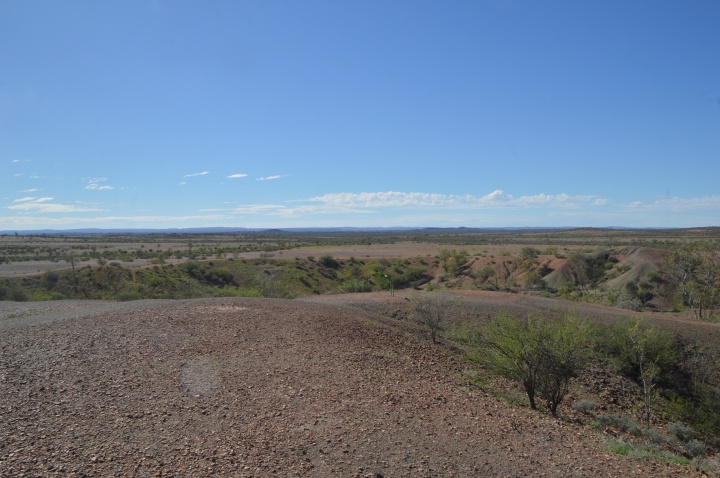 On the way up, on the local radio we heard a call out to join a global movement and learn a simple dance, being taught by Tracks Dance Company in Darwin. It was to be performed as a group of two hundred dressed in white at sunset on Territory day. An offer too good to miss out on I thought as I pencilled rehearsal dates in my mind.

A few hours later on the highway, headed for the hot springs at Mataranka, we heard some very unhappy popping sounds coming from the engine. Luckily we were close and pulled into the nearest mechanic. We sat for a few hours waiting for our baby to get checked out and got miserable news; they diagnosed a cracked head gasket (which we had already dealt with and fixed a few months earlier). We were quoted a ridiculous $1600 for a 400km tow to Darwin, and blew off their help after getting the okay to drive down the road to sleep in our home. 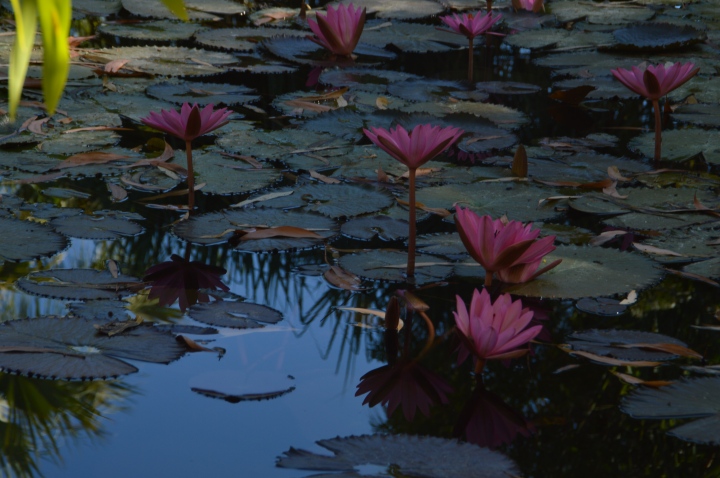 Landing at the Territory Manor lifted our spirits, a beautiful caravan park with some lovely young travellers running the show. After a call of despair to Andy’s rents, a plan was devised for them to come and save us the following day, with a trailer for Nessy. What grand news it was, as I was mentally preparing for the trip to be cut short before it had really even begun. Feeling a lot more relaxed we blended into our surroundings and settled into home for a few days. We enjoyed the beautiful cool gardens and watched the Brolgas dance under the shady trees. I wandered around picking up peacock feathers, and we generally slowed right down. We walked down to Bitter Springs the following day and enjoyed the beautiful luke warm and crystal clear sulphur water. I couldn’t quite relax into the flow of the mild current, as I had been informed that a croc had been pulled out a few weeks prior.

Man how good it was to finally arrive in Darwin, welcomed by Averill and Peter to relax into their home and begin our new life there. It was a real treat to be there spending quality time together, and the cherry on top were the loads of washing, a bed as comfy as a cloud, and the luxury of aircon and pool.

It was great fun settling into this new and very humid world, I was lucky enough to walk into a housekeeping job at a hotel just around the corner. A seven-minute bike ride to work (with a very rewarding down hill breeze on my way home), I had many shifts and the opportunity presented to get to know a dear new friend. I began reading Shantaram (by Gregory David) and became quickly hooked into the adventurous story that transports you straight to the streets of Bombay. I spent my afternoons lounging by the pool reading. The heat reminded me of being in Thailand, and I felt like I was on an extended holiday. The Parap markets are fabulous and every Saturday I would leave work with just enough time to get a spicy Som Tam (Papaya salad) and a few spring rolls. Andy soon got a job as a kitchen hand at a busy little café in the city, and also began making friends with the work crew. We were lucky to both land in jobs that gave us instant and great new friends.

We settled into Darwin very quickly, and I loved all of it: Darts and beers, cooking and feasting, dinners and friends, sunsets over the ocean, bike riding adventures, and stacks of other fun things to keep us all busy.

I was so impressed by the free events on offer, found via ‘Off The Leash’ magazine. A highlight was a free show in the botanical gardens: Darwin Symphony Orchestra play with a tribute band Eclipse; A night of Pink Floyd. It was FABULOUS! We had a picnic of delicious Indian food, fresh from the sunset markets across the road, and enjoyed front row seats on our blanket under the stars. After a few beers there, we headed into the city to catch up with mates and head to our favourite little bar to dance away into the morning. Attique, (otherwise known as Bar 3) discovered when we first arrived in Darwin, as we op shopped through the city we saw a poster for techno and house Saturday nights and checked it out right away. It is a very cool little bar with cheap drinks, attracting open and friendly crew and playing some sweet tunes to boogie.

Peter took us out on the boat a few times, its always such a treat experiencing the world from the waterways. First time we got lucky with 7 mud crabs and were able to give a few away and still feast on them for days. Its pretty crazy seeing crocs off the side of the boat that’s for sure, and the bird life we saw at the Billabong was just amazing. Andy and his pa worked hard on our nest and brought her back to life, running smoother then she ever was… Solar panel connected, inverter built in, rust fixed up and generally some tender love and care. Endless Gratitude. 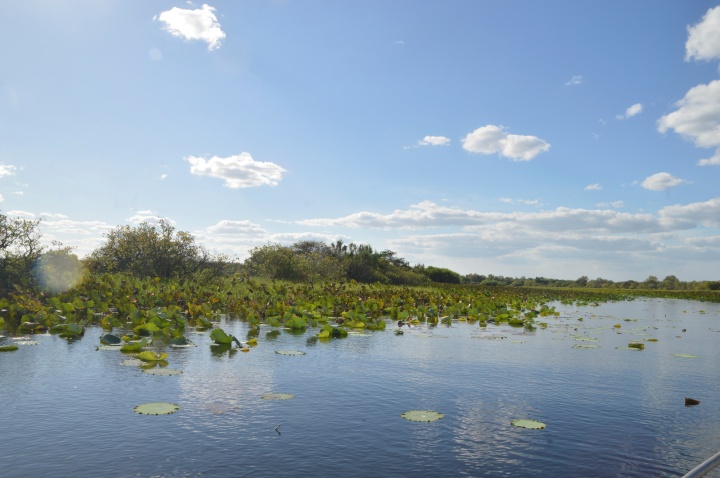 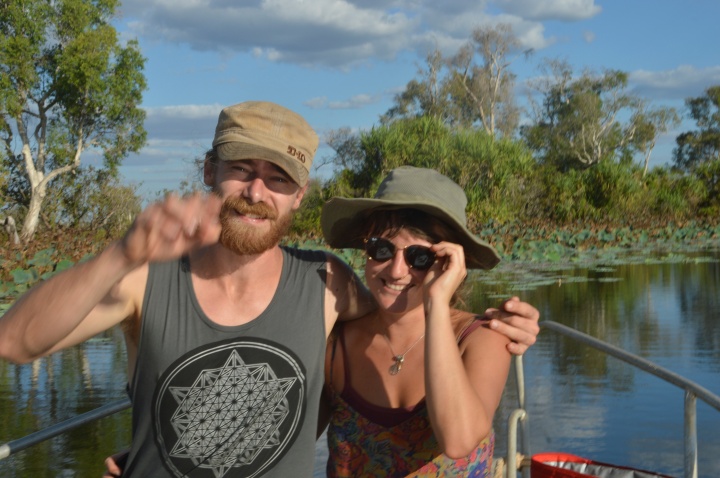 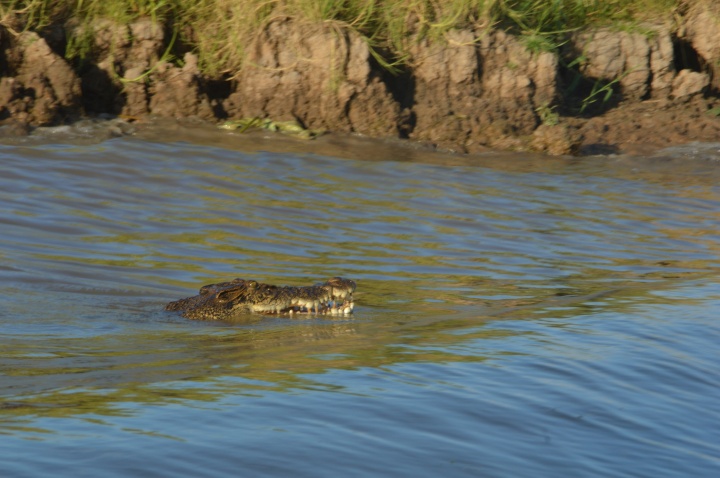 We began rehearsing with the dance crew on Monday evenings. Beautiful choreography (by Akram Khan) of simple contemporary moves, telling a story of the journey through life. Territory day is the first of July and I was stoked that we were there for it. A massive event every year that builds hype around the fact that fireworks are on sale and it becomes legal for the day for anyone and everyone to let them off. As well as big beach front markets and a huge stage on the sand with free bands all evening. We performed the dance at sunset; gosh it was fun to be part of the group in this live art event. After we celebrated with beer, friends, fireworks on the golf course, followed by a bloody good dance to The Cat Empire. The end of the evening got wild, the explosive sounds from all over the city were reminiscent of a war zone, fire trucks were on the constant move, dogs barking and people howling. As ridiculous as it all was, I must admit it was a rush holding a firework into the sky and feeling it explode from the end of my hand. A new experience that’s for sure. 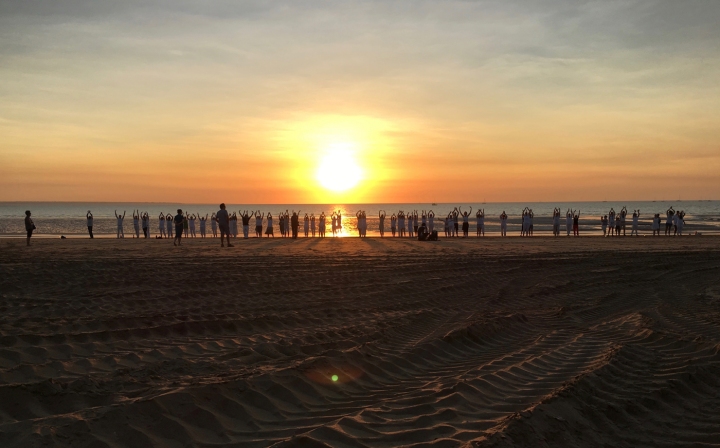 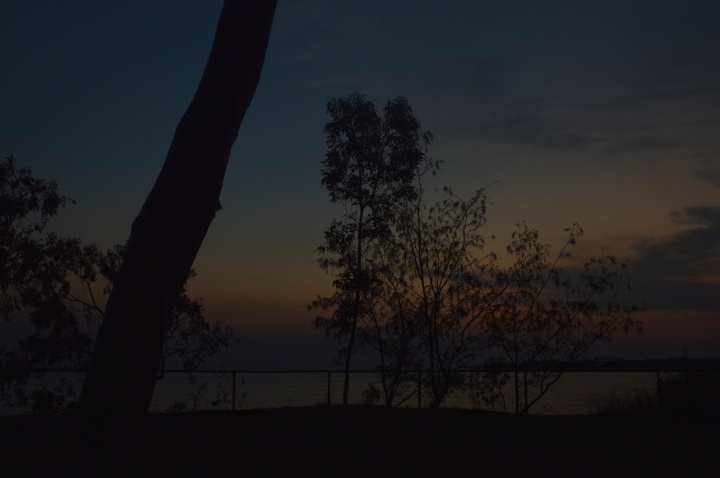 In the last week of being there we had the pleasure of welcoming mum into our adventure as she visited NT for the first time. We had a lush time of catch-ups and enjoyed markets, food and drinking, deck chair cinema and ice creams, chill times and a fantastic live gig- Cash Savage. Andy and I took her out to Litchfield National Park for a night of camping, which was a first for all of us. It was beautiful exploring the creek at many stops, visiting waterholes and waterfalls, swimming in water as soft as silk. 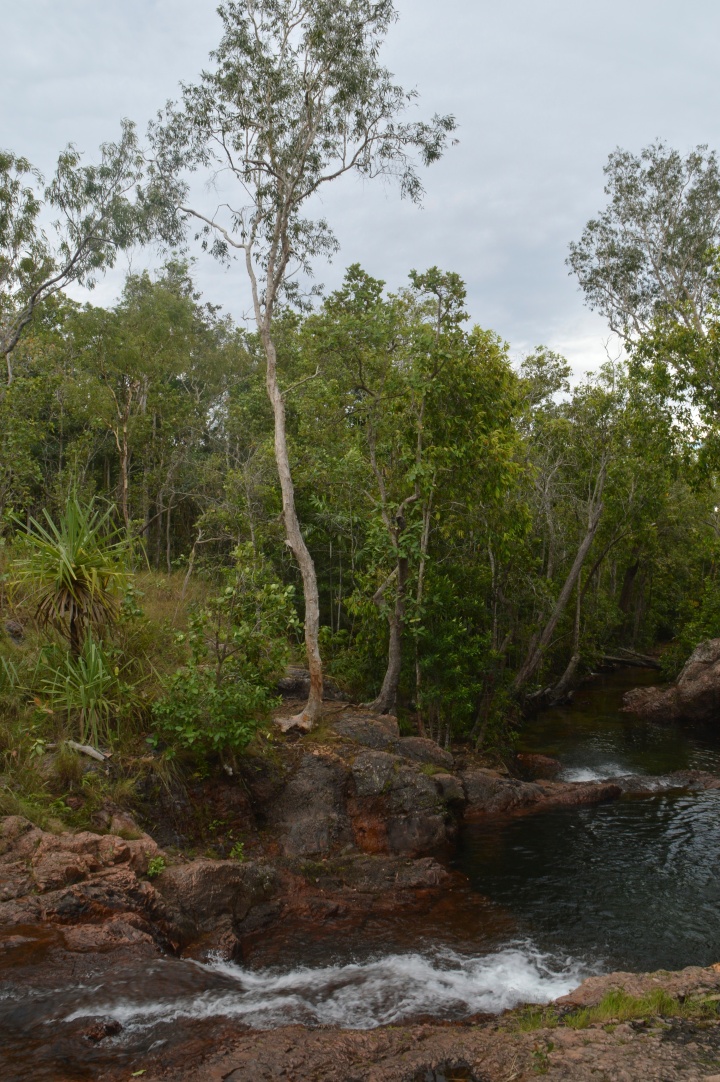 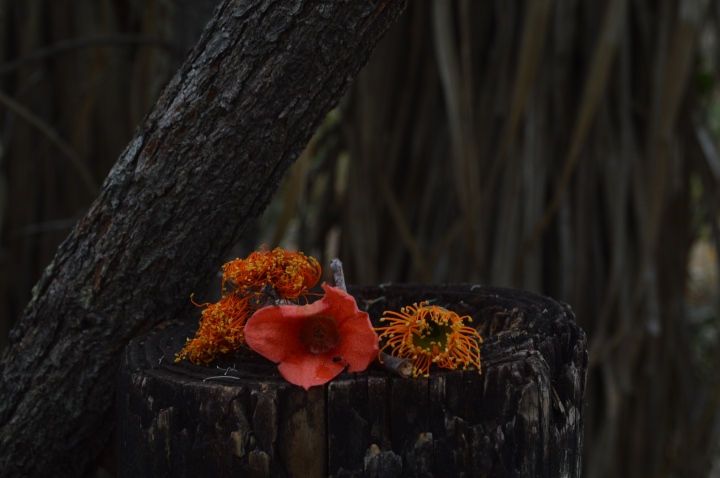 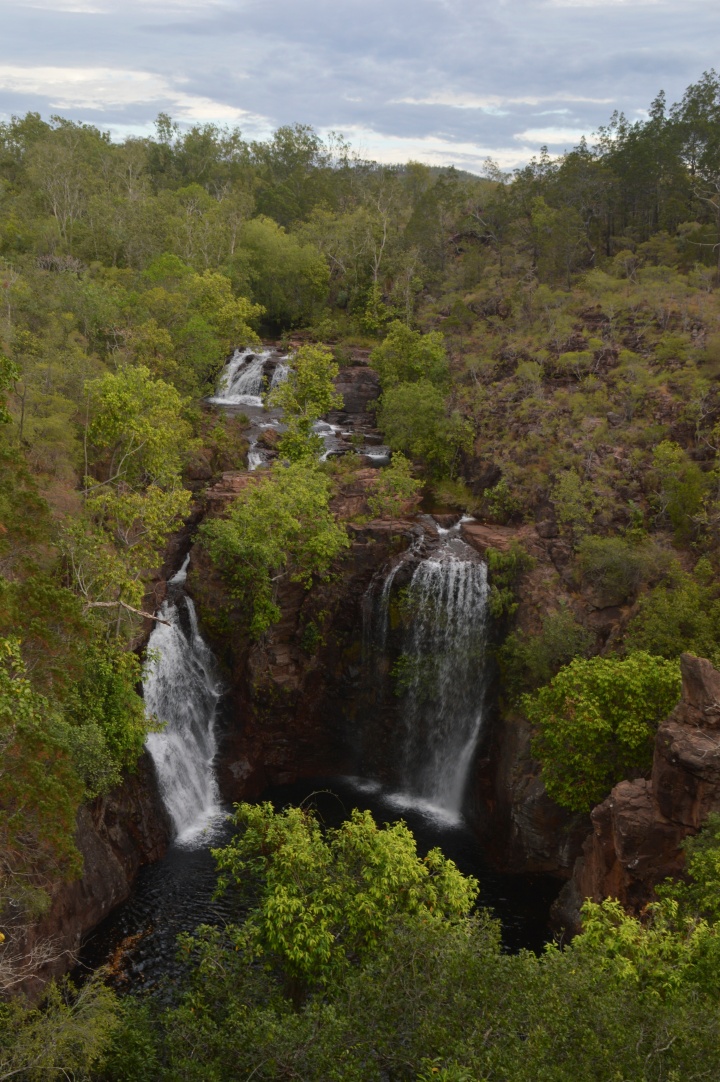 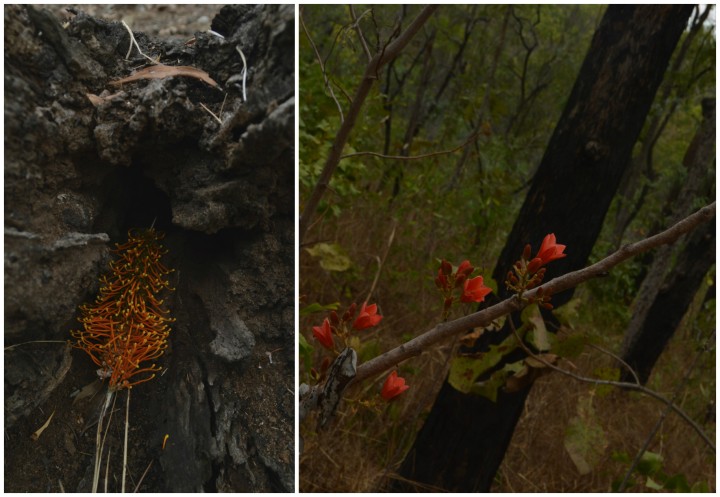 It was a breeze living with Andy’s folks and a treat to have an insight into their lives up in the tropics. Six weeks we spent in the big city, and it reminded us how little time it takes to create a new life somewhere. As hard as it was leaving work, and people we love, it was time to get on the road, heading straight for Headlow creek, Queensland.