A long days driving ahead… as soon as we crossed the border into Rajasthan the landscape became dry and arid. Fields of bright yellow flowering grape seed created a beautiful contrast to the dusty earth. In the same stretch of road, we passed large cow skeletons pilled in the sand dunes, and groups of peacocks adding splashes of colour to the brown sands.

We couldn’t resist getting up early to watch the sunrise from the rooftop tower and were awoken around six by the Muslim chants that filled the air. The annual kite festival was well underway and we weren’t the only ones up at first light. 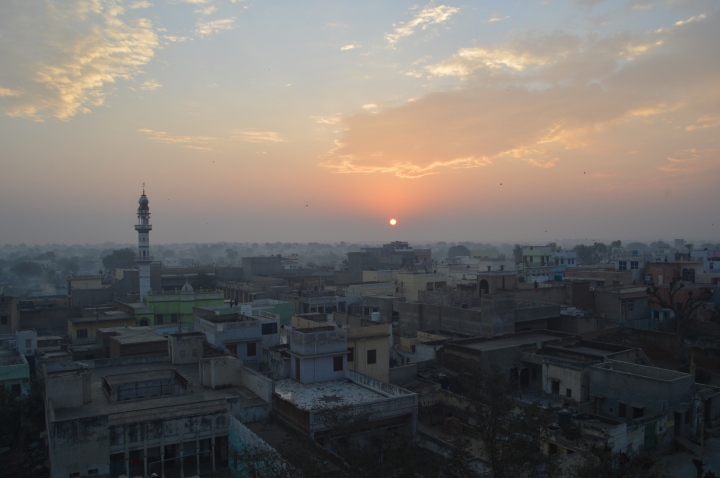 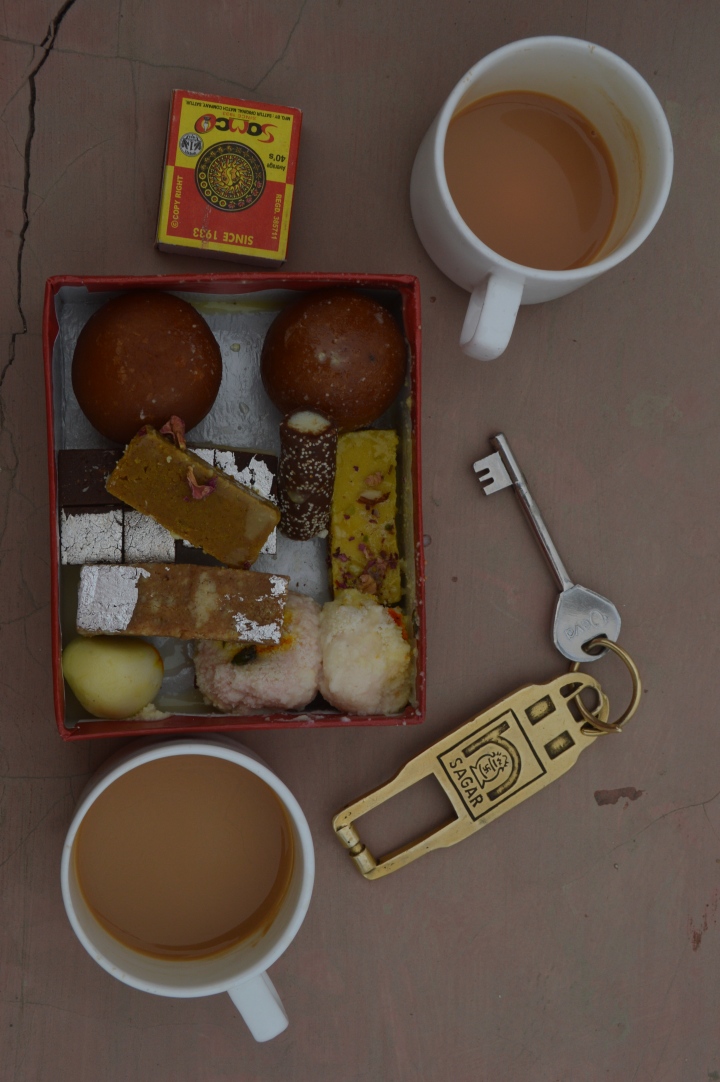 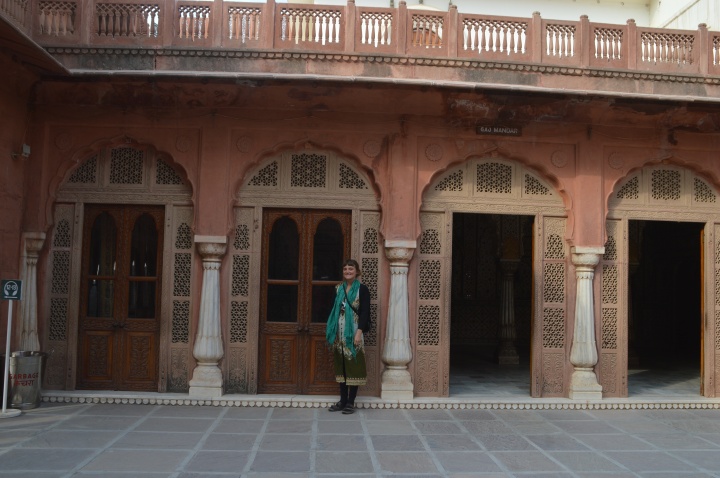 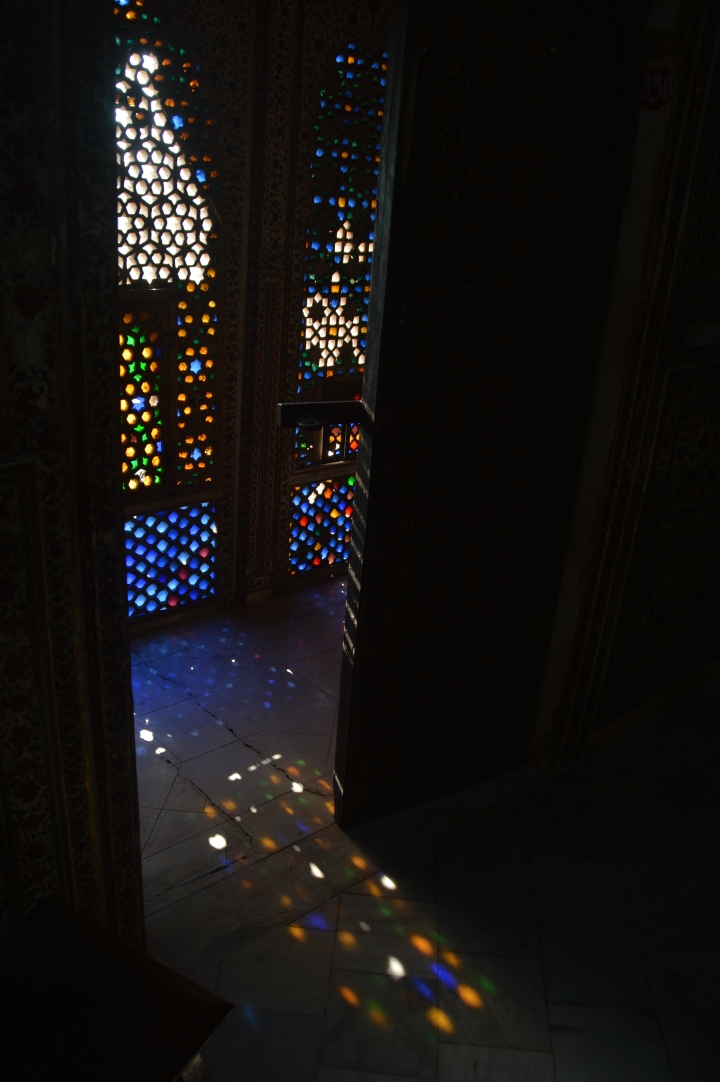 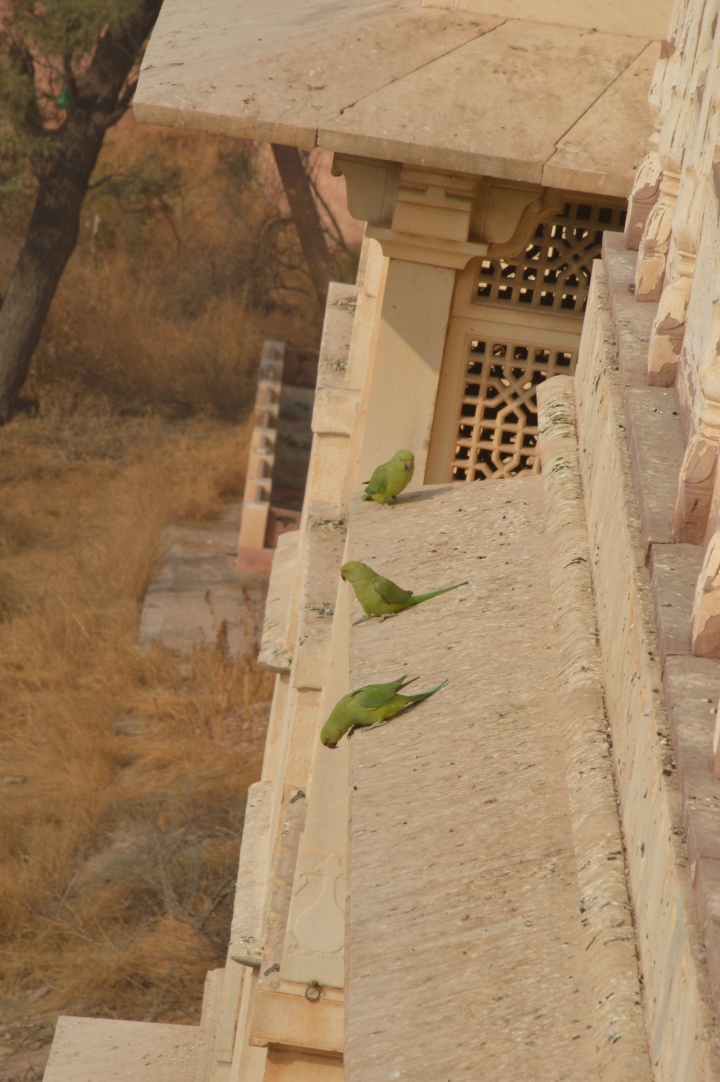 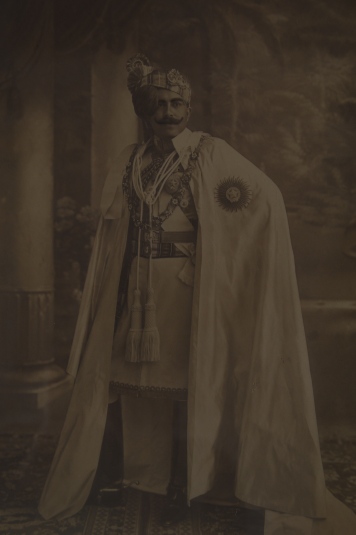 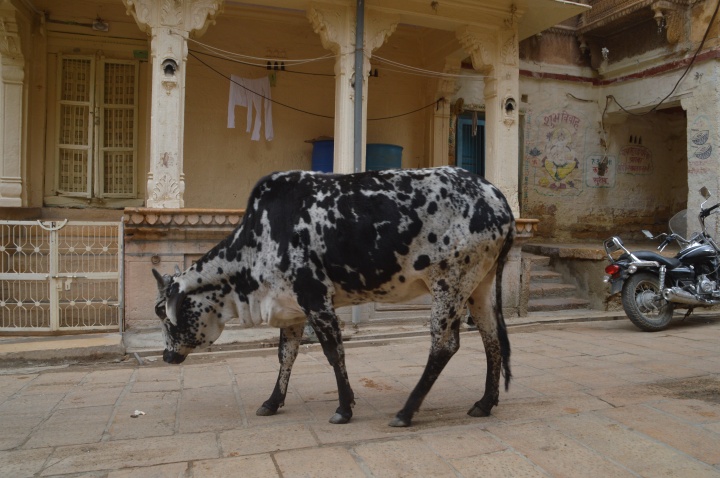 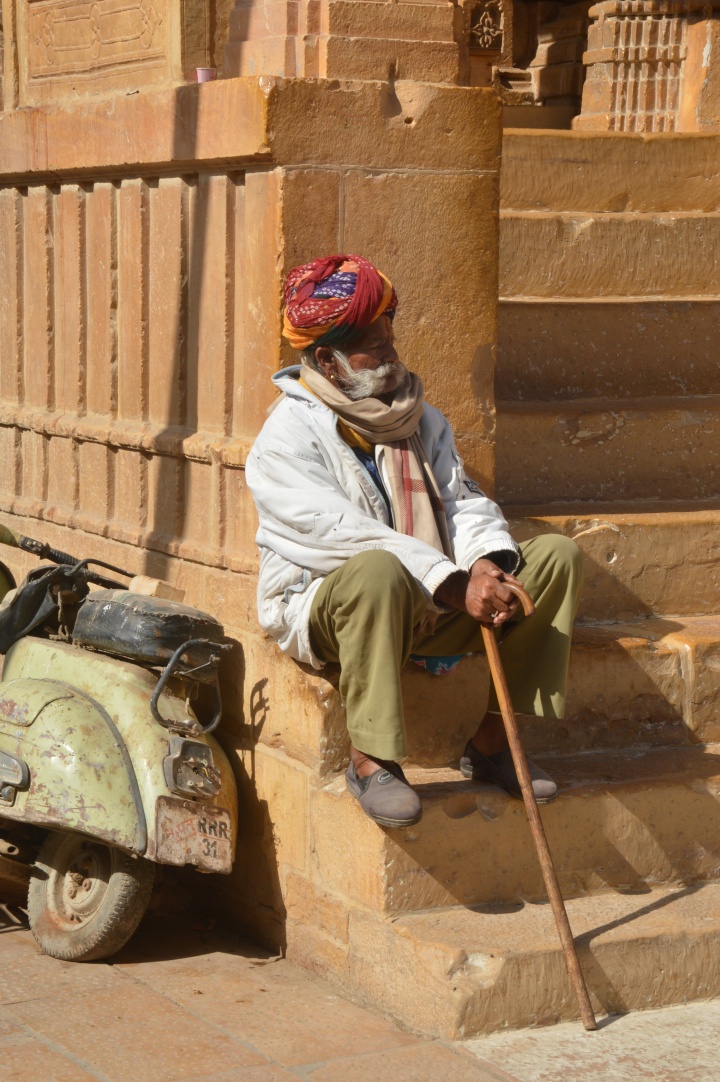 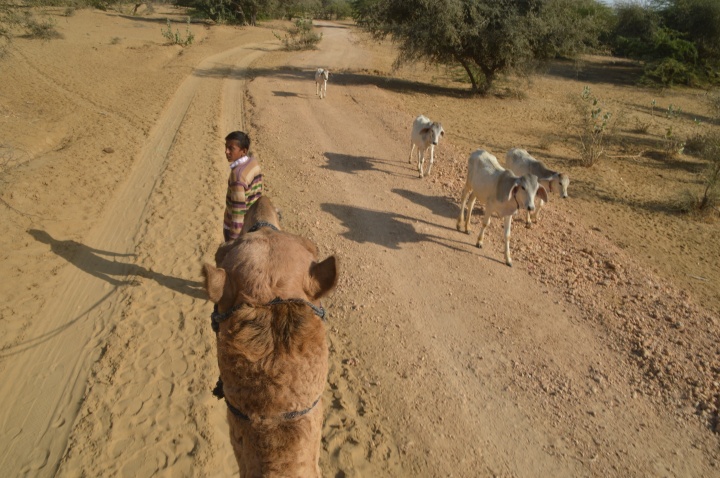 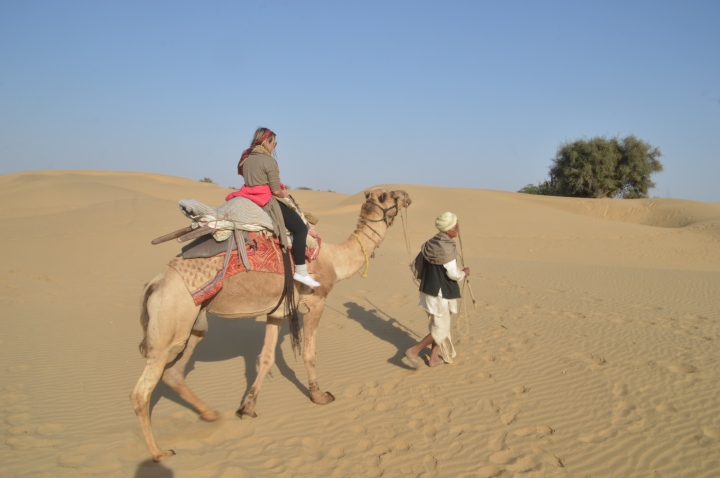 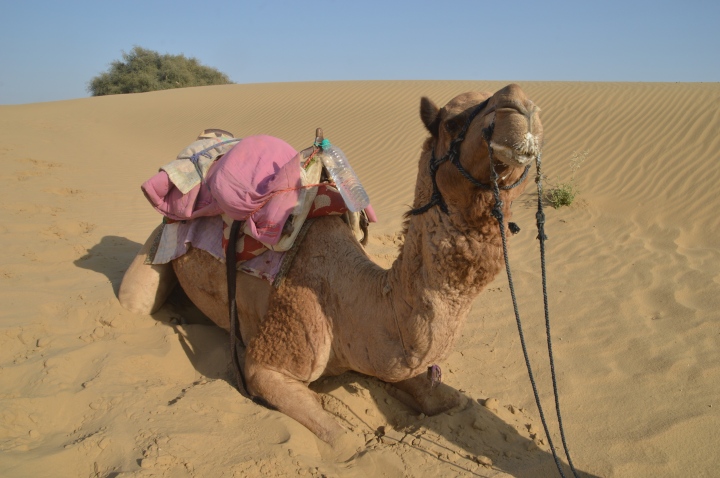 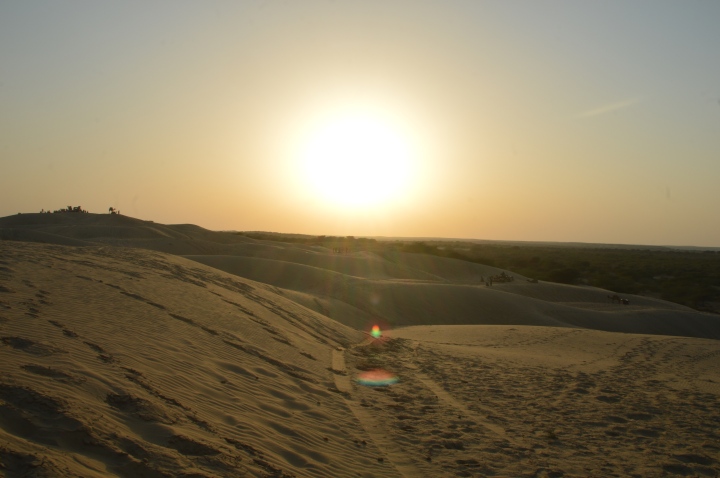 At sunset, we joined the masses of tourists, guides, camels, and jeeps. A small boy approached us to ask our names and then sing them into a song with wooden clapping hand instruments. He was gorgeous, ten years old with an amazing voice and clear confidence. I didn’t have any money with me and was feeling tired of all the tipping. I did, however, have a little stash of gemstones that I brought from home in hope to set into silver and brass. His face lit up and after admiring an Australian smokey quartz he chose a natural Citrine. Very fitting as it’s properties attract abundance and joy – a lovely trade and a special moment. 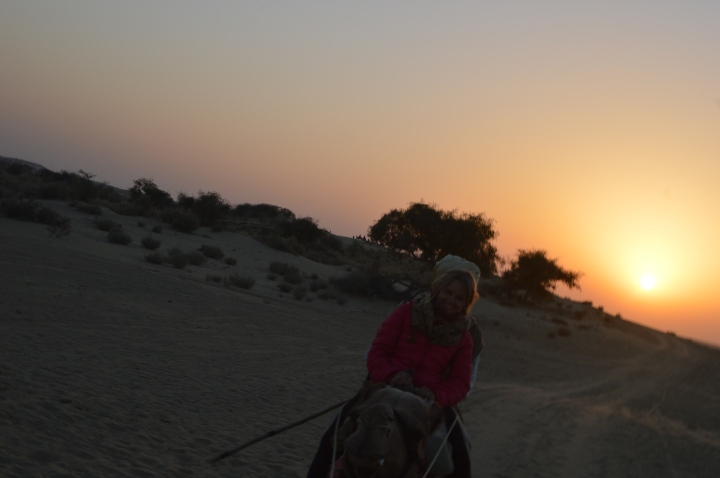 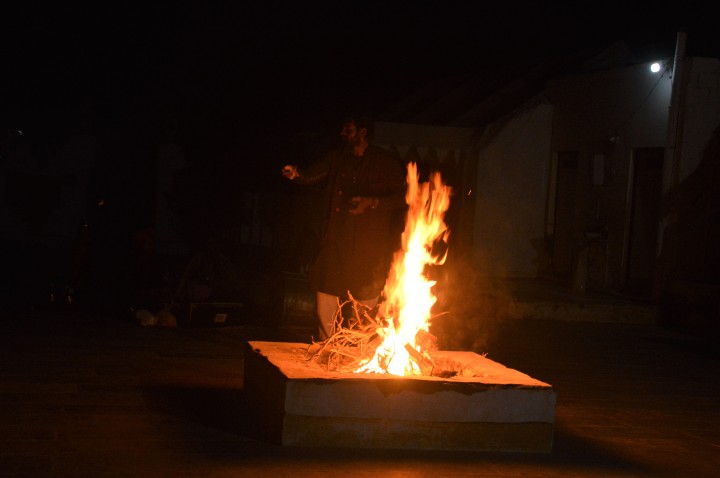 Back at camp, a band played music traditional to the state of Rajasthan and a dancer interpreted, moving and swirling. With hands held out she danced around the half moon audience welcoming  us all to join. It was the purest rush of joy I have enjoyed in a long time, we went from freestyle dance to linked hand in hand around the fire. I danced opposite her, full of smiles and laughter. We split to mirror her, to partner, to conga, to continue to laugh and dance together. A great experience to enjoy fully present and sober. .. After feasting the most eager nine of the group including Annalise and I jumped on a huge pile of thick blankets loaded on the back of a camel carriage to venture back into the dunes for a night under the stars. We were led by an older man Braja and rode with a young German couple who quickly became friends. A high was shared by the five of us around the fire and we communicated slowly with the common English of the group. Random conversations turned into the drawing of Claudia the Ood (camel) who so strongly carried all of our weight into the dark night. 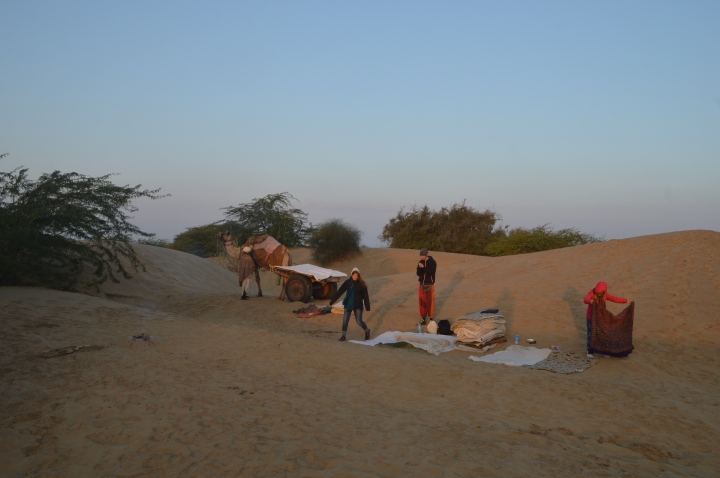 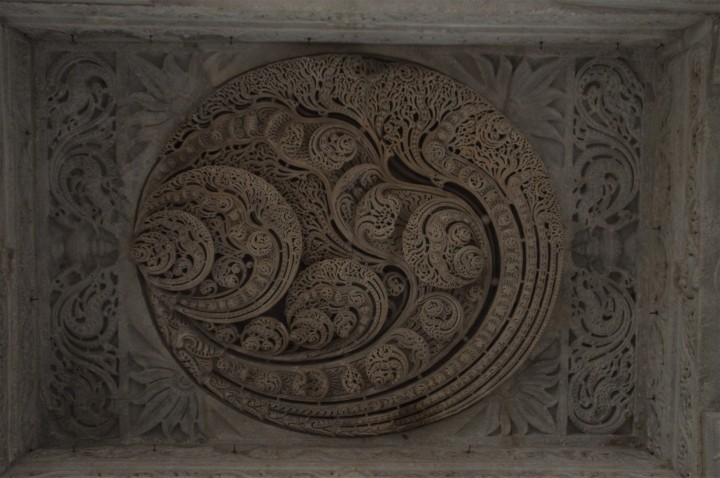 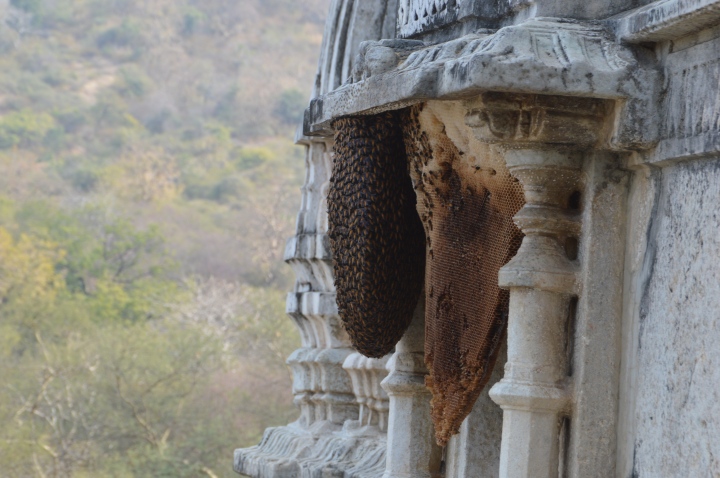 This morning our driver Jeevan told us that there are sixty-five gods in the Hindu religion, I asked if that was including the goddesses and he replied saying, ‘God it can be female, it can be male, no gender. We believe God lives in all of our hearts.’

You can feel that pure heart energy from a lot of the people in India. I think of God as presence and unconditional love. I see the presence in their eyes and feel the love in their hearts. I feel myself mirror it back to them, and together we share moments of bliss.

A 40-minute walk in the dark and 400 steps later we were happily greeted at the temple by a friendly man selling masala chai and three gorgeous puppies. Dreamy… Sunrise in front of me over the mountain, cool wind, warm delicious chai in hand, doting on puppies… absolutely heavenly. Then the monkeys woke and arrived. A huge tribe, danced and fooled around, posing for me. 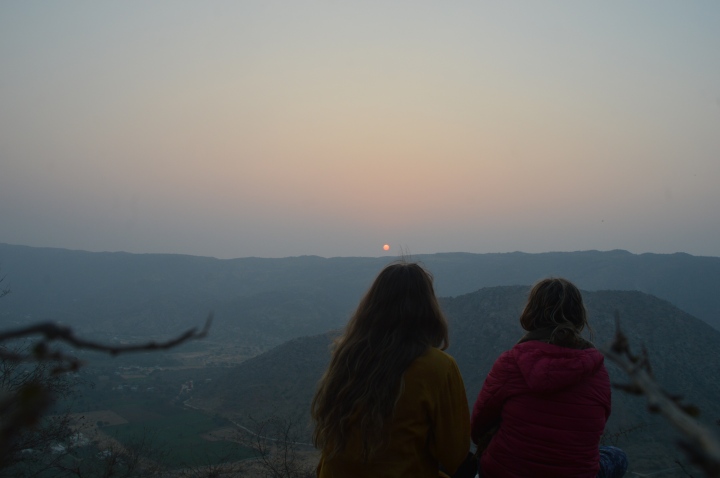 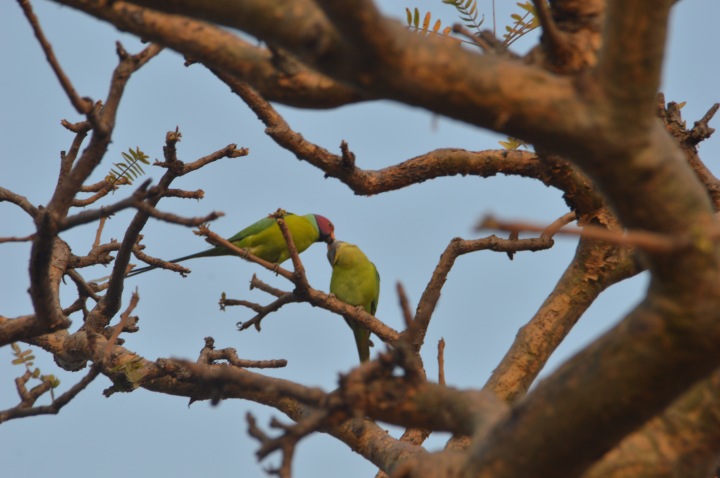 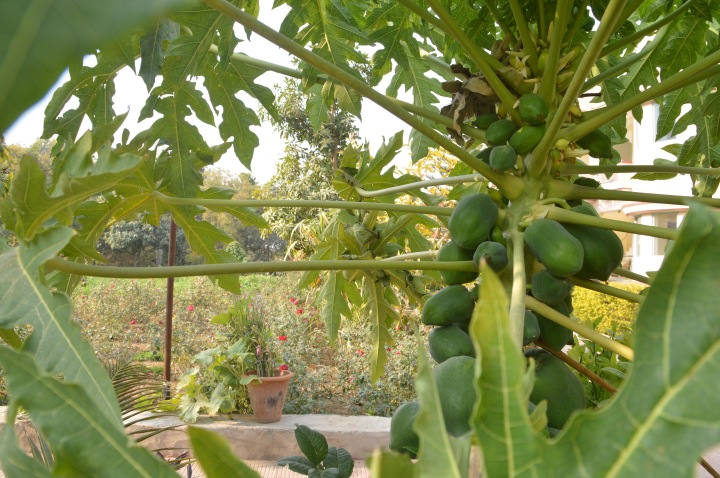 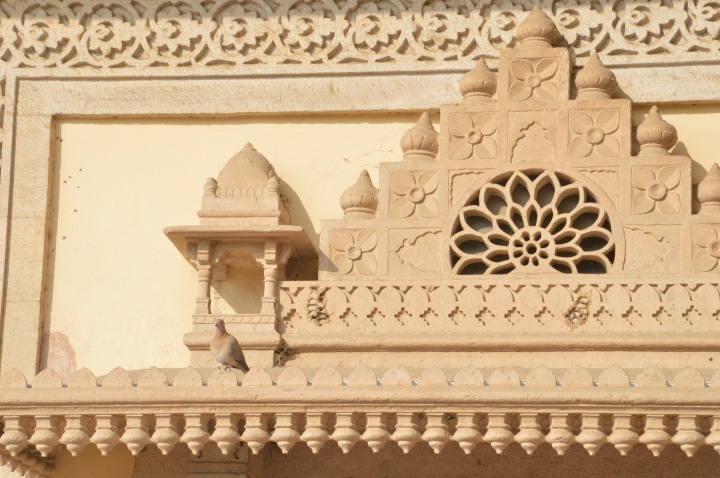 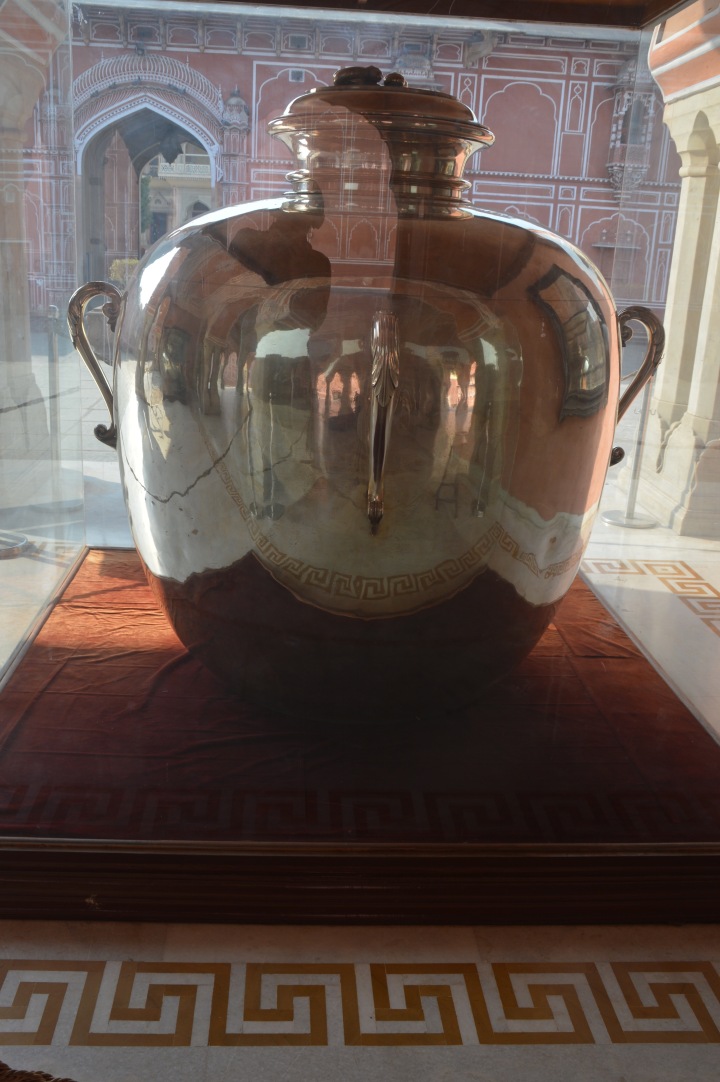 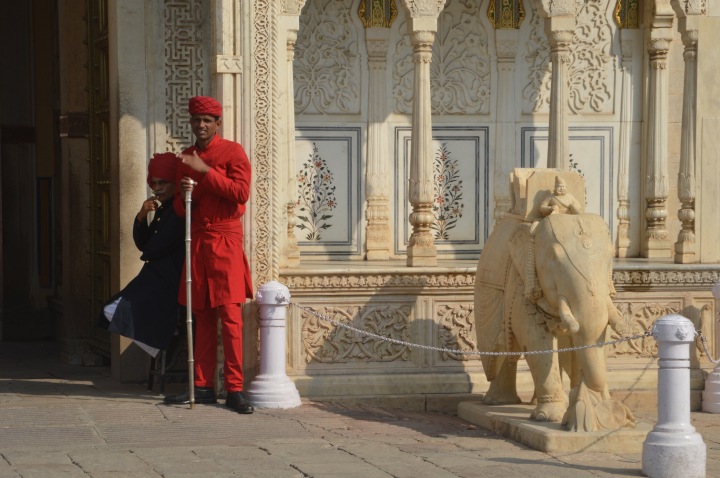 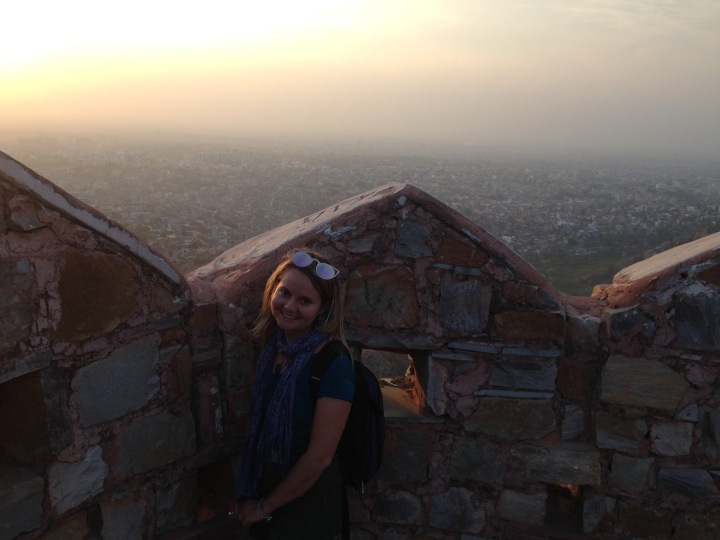 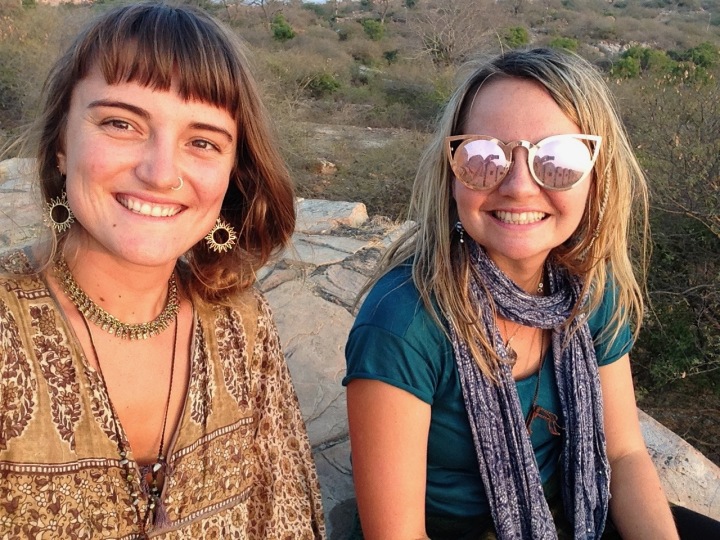 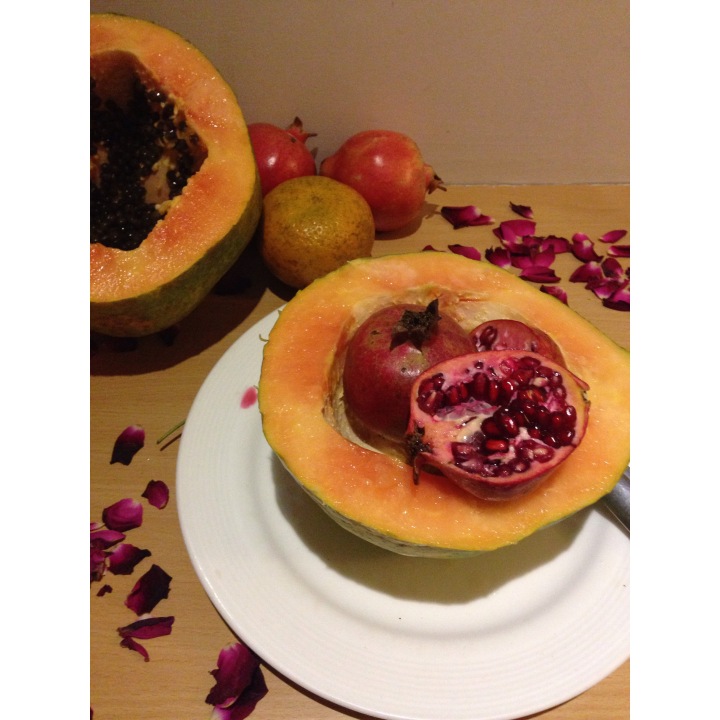 Agra was great, after being dropped at yet another expensive restaurant by our driver and his driver friend we escaped like naughty teenagers and found somewhere reasonably priced for dosa and ice-cream.

The Taj Mahal is unbelievably beautiful. The symmetry, materials used, lines, carvings, and the story that accompanies the temple is awe-inspiring making it a thrill to visit and wander through. 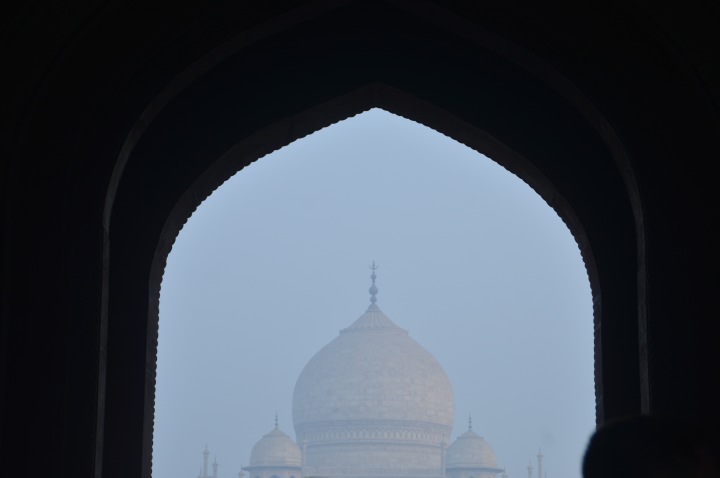 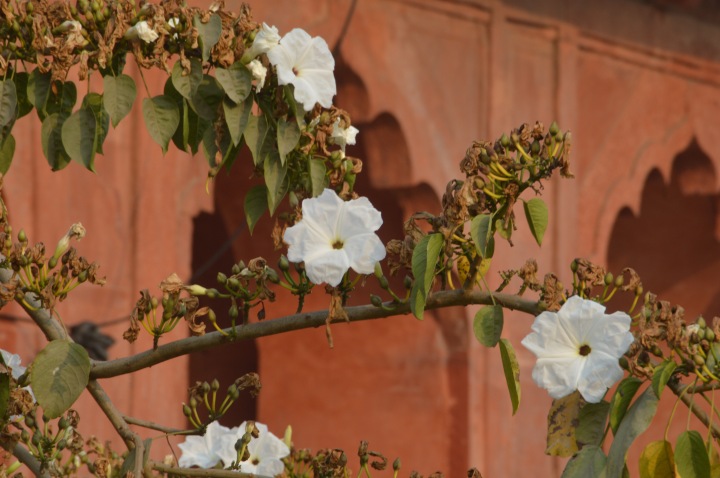 In the two weeks spent together, we covered a lot of ground, learning from Jeevan, each other, and strangers along the way. We didn’t originally plan to travel Rajasthan in such comfort and style but after the deal had been done all we could do was sit back and enjoy.