After the smiling young man picked us out of the crowd at the airport, he transferred us to our hostel in New Delhi. Every vehicle in the park had scratches up and down the sides and we soon found out why. It was dark and surprisingly cold, we were tired from travelling for the last 22 hours, and amused by the lack of rules on the road. A mixture of fog and pollution dulled the clarity of the evening and honking horns sounded the space. The lines on the highway might as well not exist as there seems to be no such thing as merging traffic or space between cars here in Delhi, it’s just go go go, squeeze into any gap, then stop and repeat. Literally sandwiched between cars by the space of only centimetres, I chuckled to myself at the organised chaos, thinking how important a working horn and brakes are to these people. We got dropped out the front in the dark and quiet alley with groups of men loitering, hostel barely recognisable from the outside. After being bullied into tipping the driver extra money, we were relieved to enter the warm and welcoming Kaldeep friends hostel, where we were served delicious sweet chai. 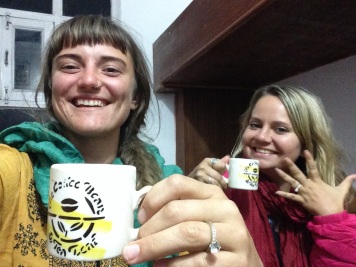 Day two we woke to more sweet chai and Indian aloo bread which is similar to naan but filled with vegetables and served with spicy pickles and yoghurt. Before even leaving the hostel we met with a lovely Abdul to discuss our travel plans. As soon as I entered the room with maps on the counter and computer it took me back to a memory of being scammed in Bangkok, overpaying for a trek in the north of Thailand; they got me on my first day of travelling alone. Abdul, however, was very friendly and had a lot of great advice: after trying to book trains south to Agra or Jaipur (which were all booked up for weeks at a time) we started discussing a trip by car. An hour later, with lots of indecisiveness on both our parts, bartering and negotiating we had booked and paid for a two-week trip through Rajasthan, the western desert state. Not knowing if we had overpaid, or made a silly mistake handing over the fluidity and freedom of travel on a whim, we were a little freaked out at how quickly it had all happened. Surrender and Trust were now the only option

Out the door and into a bustling market place, unrecognisable to the alleyway we had arrived in. The most incredibly unique leather bags and skirts hung in the doorway, opposite were stacks of fresh fruit and vegetables on hessian bags.. People were washing dishes and peeing all in the same eye-frame, while a man swept the layers of rubbish into a pile. It felt better realising that we had a tour of Dehli included in our trip, and the first stop was the temple celebrating the Hindi goddess Lakshmi who represents good fortune and abundance. We awed over squirrels and witnessed the people create amazing spaces and dedications with lights, fabrics and an abundance of fresh flowers. Kids gazed with big smiles. 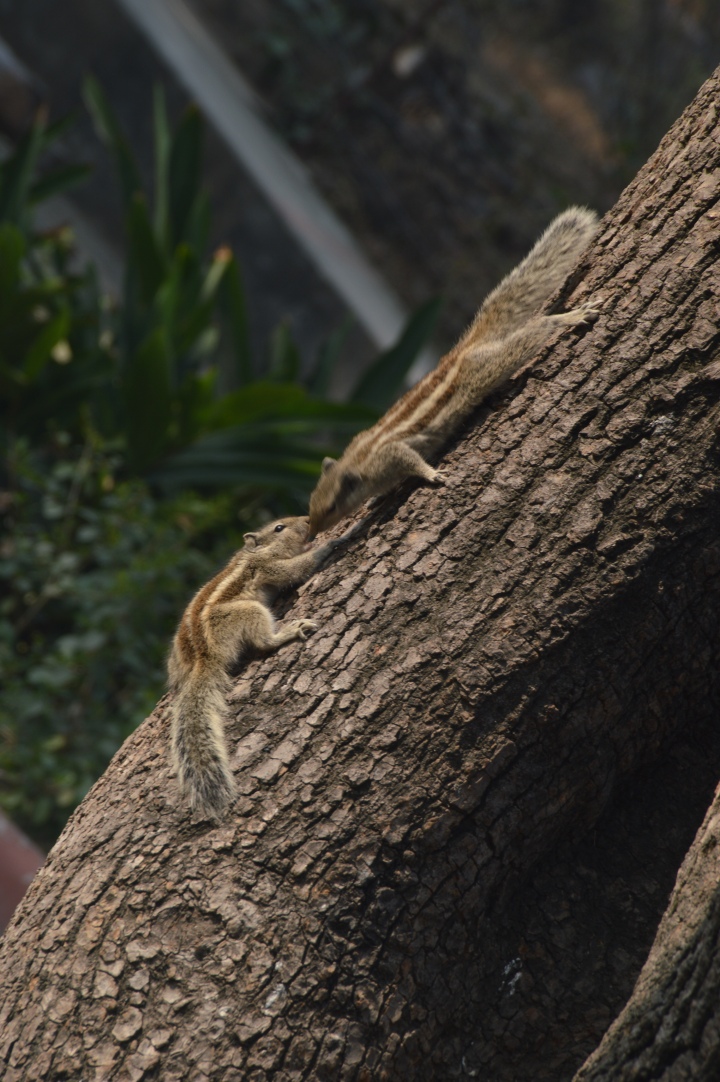 Next up was the Indira Gandhi museum – what a fantastic part of history to hone in on and capture. She was an incredible woman, immensely loved by the people of India, with 15 years of presidency. Her election seemed to be a statement of the 50’s. Making peace with India’s neighbour of Pakistan, extending friendship and support to many other countries including Africa, Japan and Brazil, and fighting against nuclear weaponry were just a few snippets of greatness Indira brought to the world. It was interesting to see a remake of her home, and to read the story of how her life ended so tragically when she was assassinated. Incredible to learn that one of her sons was then appointed the presidency to continue her legend, until he too was killed by a terrorist attack.

We were starting to crave our first proper Indian meal and asked our driver to find us somewhere cheap and local. A shop-front riddled with CocaCola signage and merchandise delivered us a fantastic meal, cheesy panner kofta in a sweet curry sauce, spicy vegetable madras with rice and garlic naan. The only part of the experience that wasn’t positively delicious was the distasteful advertising from Nestle. Signs all over every wall featured a coke bottle next to a curry thali plate and read, ‘The best part of the meal’. I was ashamed for the western culture… How dare this company even try to suggest that the sugary poison they bottle and sell as coke compares to the spice recipes and incredible cuisine of the Indian culture.

Our final request of the tour was to visit the lotus temple of Bahai religion, which welcomes all religions to come together and celebrate the same essence of god that they all share; to unite as humanity in peace and love. The building was incredible and a huge multicultural crowd shuffled around on the cold concrete in their socks reading and learning about the history of the building and values of the Bahai. We were gathered into single lines to enter the amazing stone lotus flower in silence to meditate or pray for as long as felt right. I intuitively found the centre of the room, following the sacred geometry sun light in the roof, and sat directly beneath it. Legs crossed and eyes closed I found my breathe and watched the light pour down through my crown chakra at the top of my head and all through my body. I found peace of mind quickly and moved awareness into my heart space. Curiosity about the many others in the room arose and I wondered how they honoured the space in their own way.

After some chill time in our room, sweet chai called us downstairs where we picked up our itinerary and made some friends. Over a casual game of Go Fish, A Swedish guy informed us that the game originated from his country and that all this time we had the wrong rules. A few guys were hungry so we jumped at the opportunity to brave the market at night with them to fetch a local feed. We skipped the delux thali and enjoyed chai while they ate, saving our rupee and appetite for amazing samosas from a street vendor. It’s times like these that remind me of the joy of travelling – making friends easily, sharing meals and laughs, discussing different countries and comparing culture, only to hours later bid farewells and safe travels.

In the morning we ventured out into the bazaar to enjoy a local breakfast of Idli (soft warm rice patties served with sweet coconut yogurt and mild curry soup). It took over an hour to drive out of Delhi and we were slowed down by a truck that had lost its front wheel and ended up sideways. A big day of driving lay in store, going between dozing, and getting to know our driver, Jeevan. 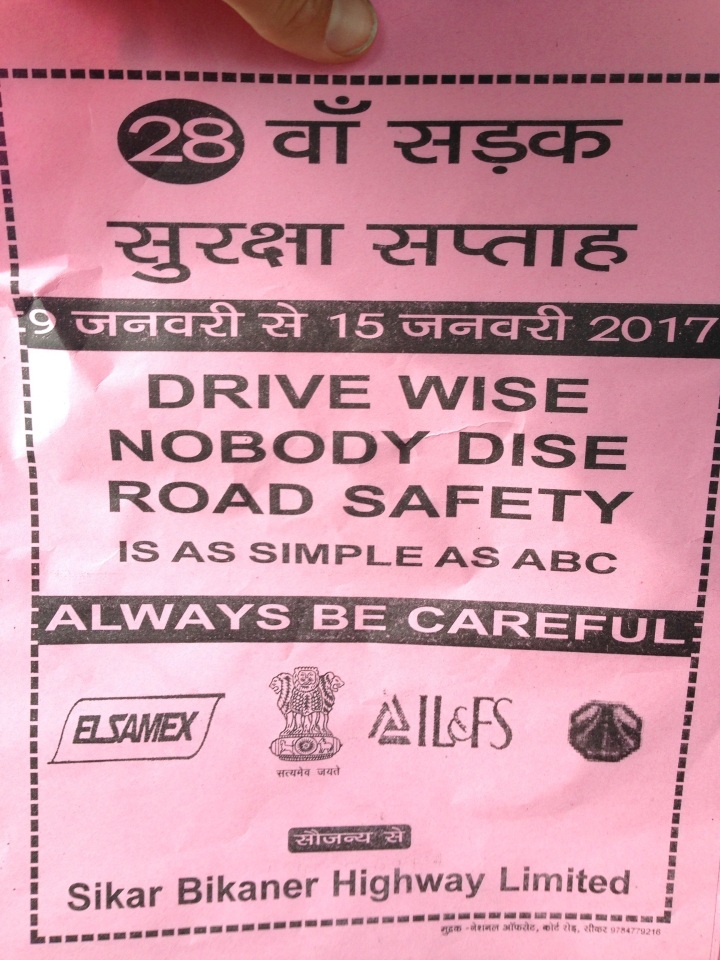