We finally got to Alice Springs, only to find out that our destination was still about five or six hours driving away. After chilling in the library, applying for jobs in Darwin and generally getting organised, we stocked up food and hit the road again in the cool of the afternoon. We camped in a rest stop an hour from Kings Canyon, that turned out to be riddled with ants and flies. Excitement filled the air, as we joined many other travellers in anticipation of what was to come. And the next day, the walking began… 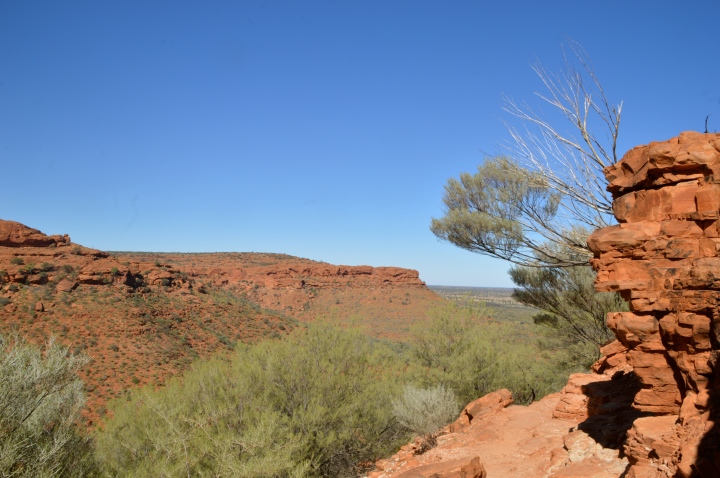 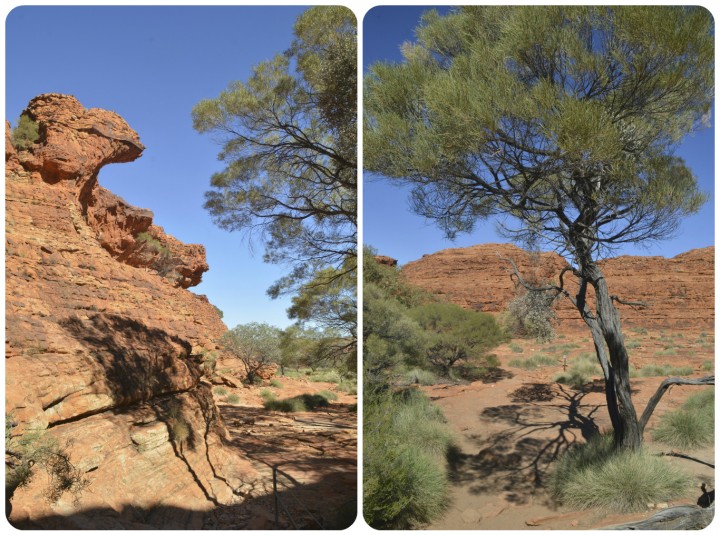 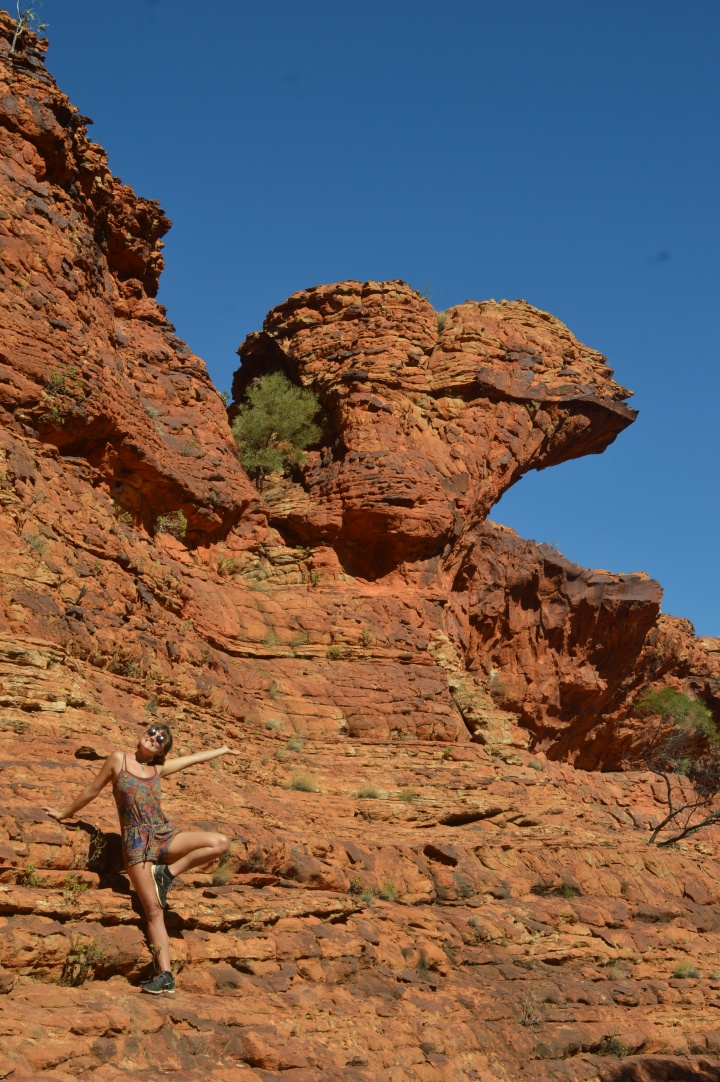 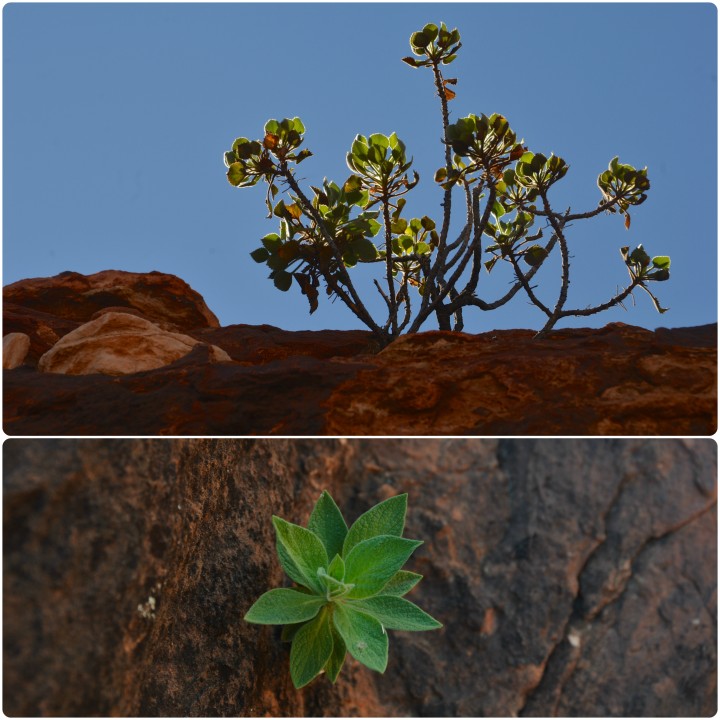 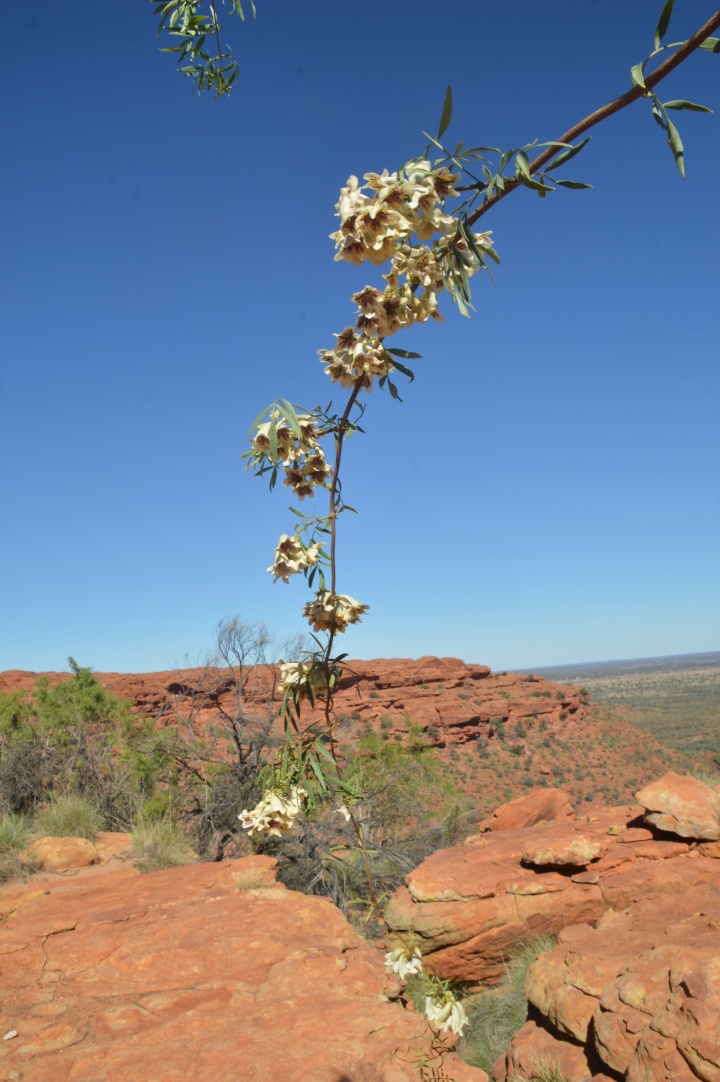 I admired all of the native flora and fauna in utter amazement as we explored the canyon’s incredible rock plateau. Forests of palm trees, ferns, acacia, paperbark, stunning flowers and 400 year old cycads, all scattered throughout the landscape. As if it couldn’t get any better…We spotted water, and hiked down off the path to find a shady tree to enjoy our picnic lunch. The wind was cool in the valley, and we took advantage of the crisp, cold water for a beautiful swim. It was only after we were back on the path that we realised a permanent water hole lies at the base of the canyon, called ‘The garden of Eden’.

The sandstone formations that make up Kings Canyon are 44o million years old, this pattern in the rocks below is fossilised from when water covered the entire surface of this 300m high range. It’s insanely cool to imagine the Aboriginal people living alongside this wild land, and dreamlike to envision dinosaurs feeding from the rich abundance.

Kings Canyon’s greatness was totally unexpected. The landscape of varying rock worlds, the breeze as cool and strong as the sea’s own, and the adventure of the walk was awe inspiring. It filled my body with excitement, I felt totally high. 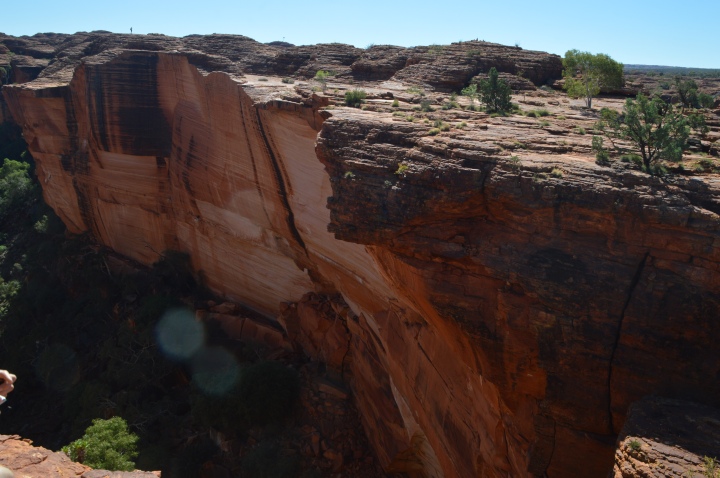 Uluru lies in Kata Tjuta National Park, neighbouring the Olgas, another 3 hours down the road from Wattarraka. 100 km out we landed in heaven – Curtin Springs is a free campground with hot showers, beer for sale, and nomads eager to share travel stories and advice. 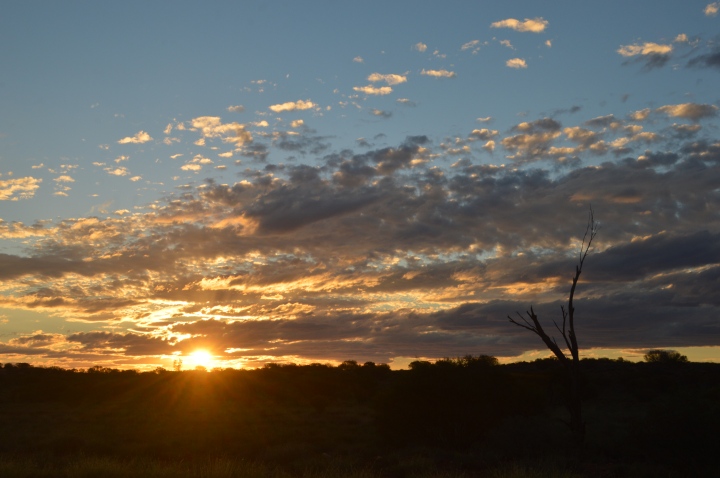 Mt Conner in the distance is an illusion of Uluru, and we were tricked until the morning, when an old traveller told us of this common misconception. 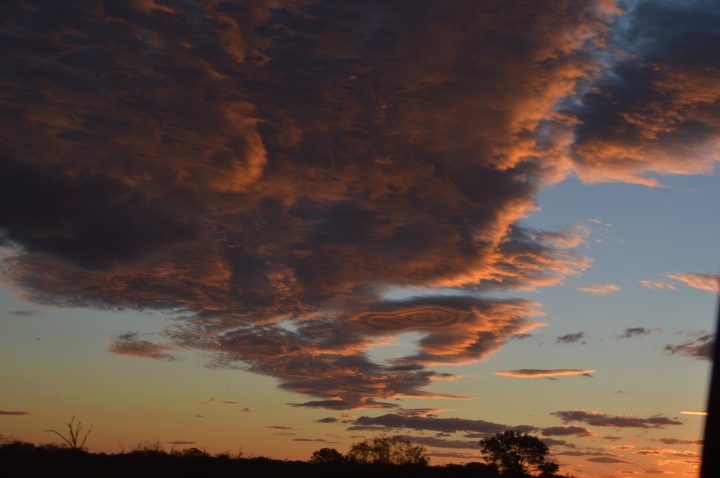 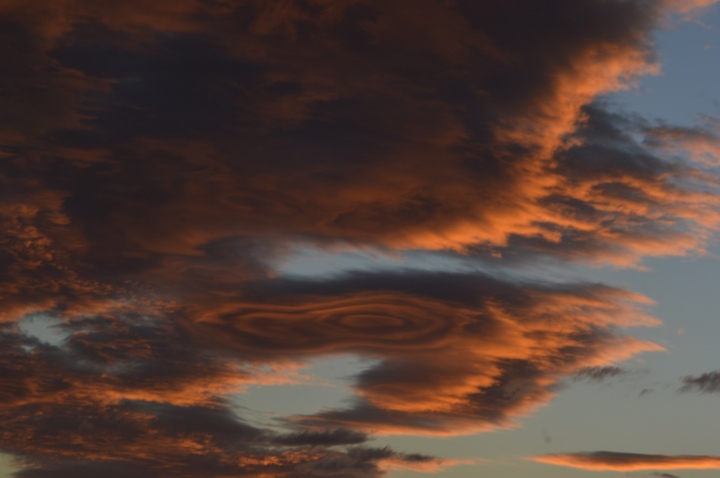 Day two of walking and we were looking at another 10km, it was without question to take the longest tracks on offer, to extend the experience and gain a fuller understanding of the land. What another pleasant surprise! Kata Tjuta (meaning many heads to the local Aboriginals) is epic to explore. The geology is just out of this world, while still being in our backyard. I enjoyed taking photographs and creating natural art, while Andy recorded bird songs and whispers from the wind. 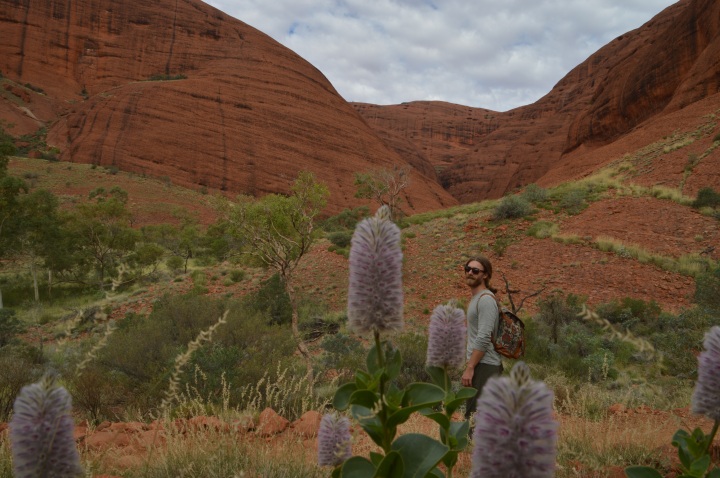 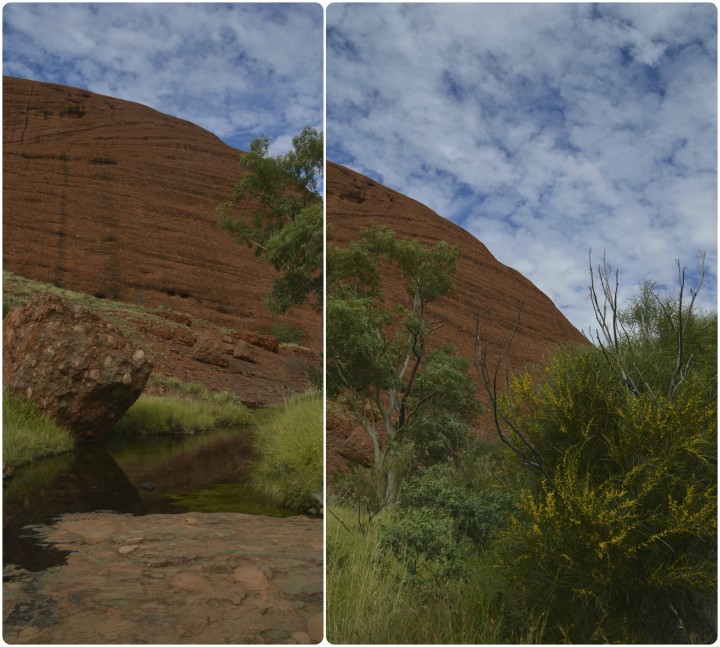 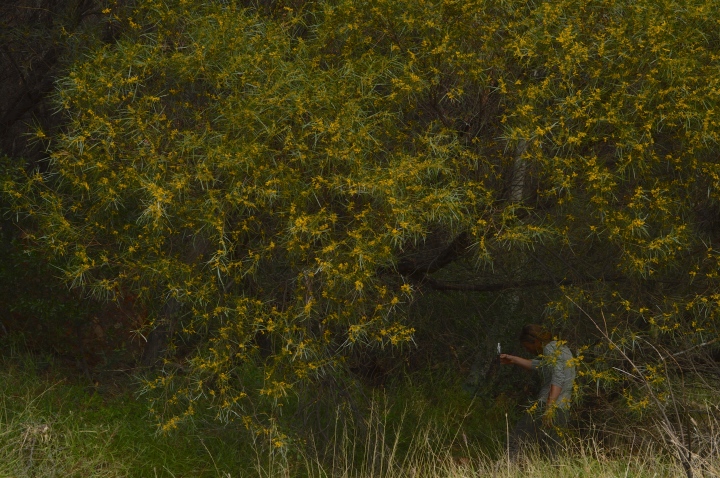 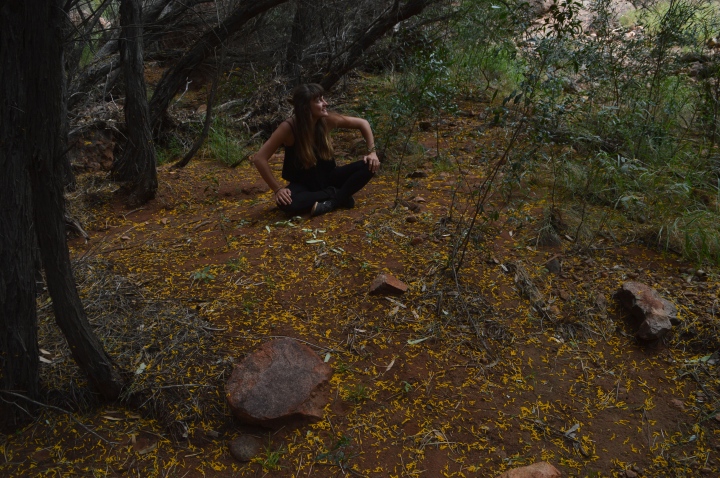 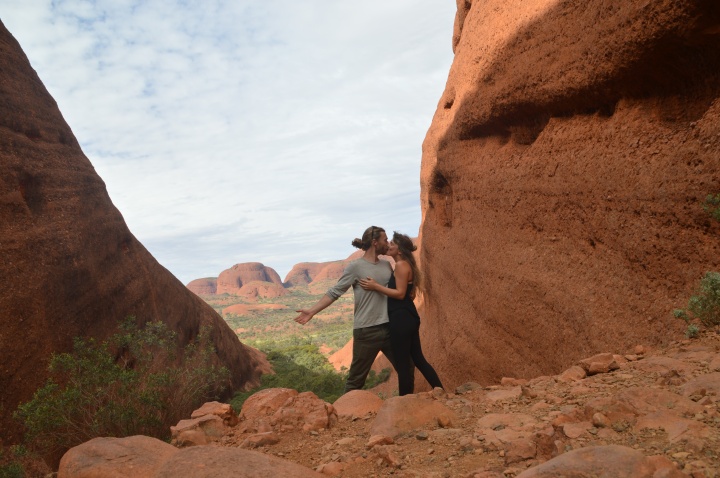 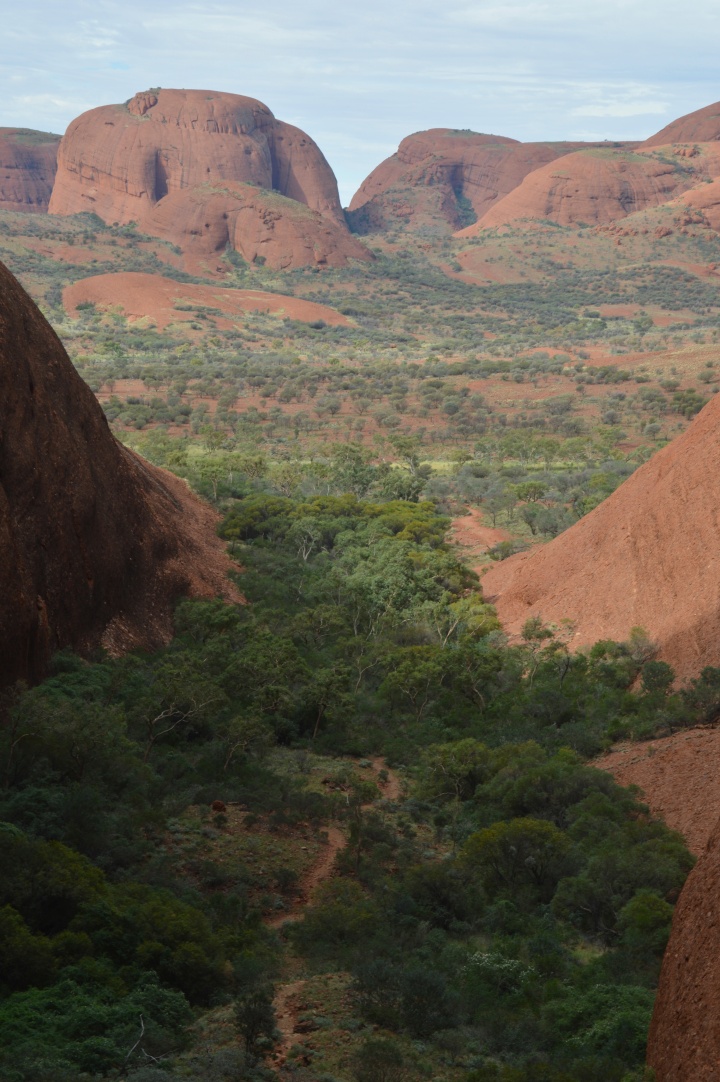 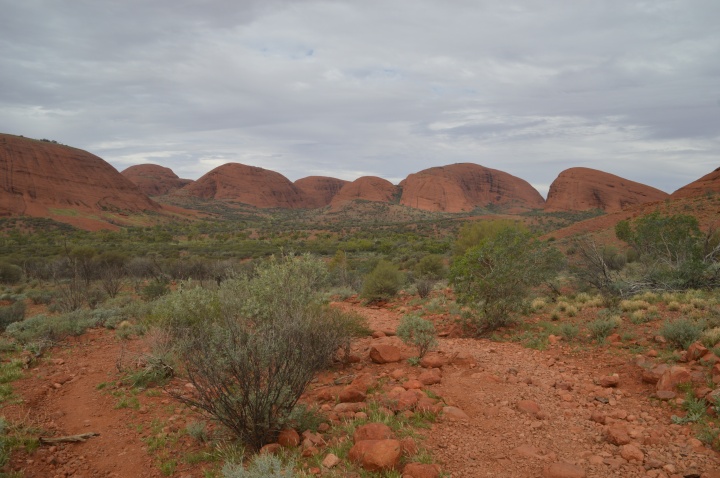 Feeling very accomplished with our day, we relaxed in the back of the van allowing creativity to expand and fill the space around us. About 30minutes away from the park we located a rest stop with space behind the sandy orange dunes, and away from the road. An early night for an early start, we fell asleep to the sound of the dingo’s howl. 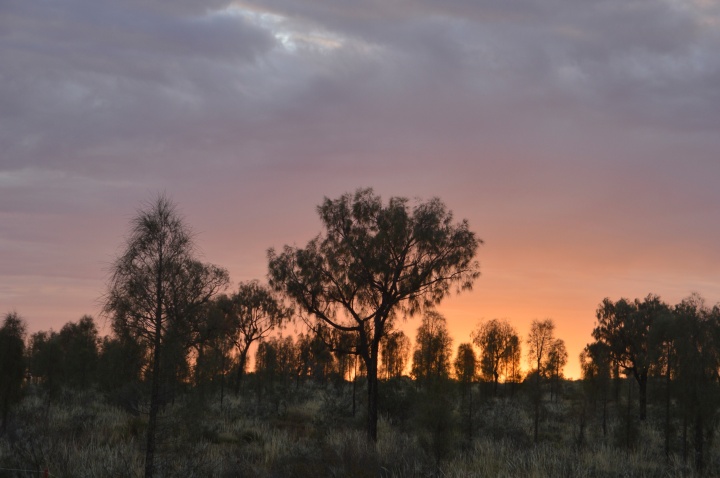 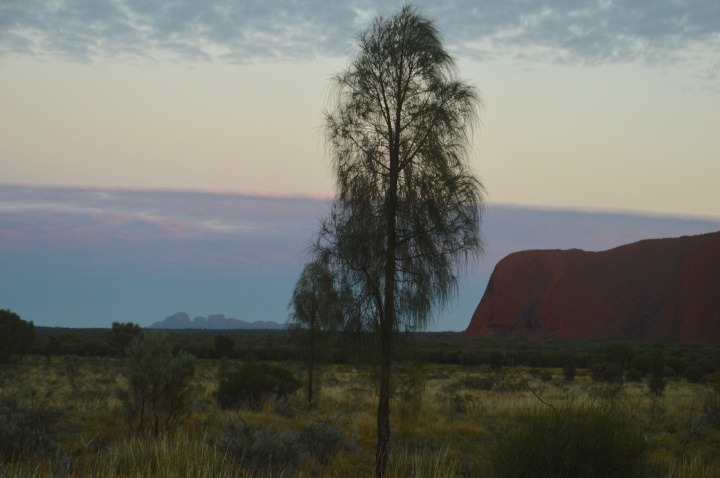 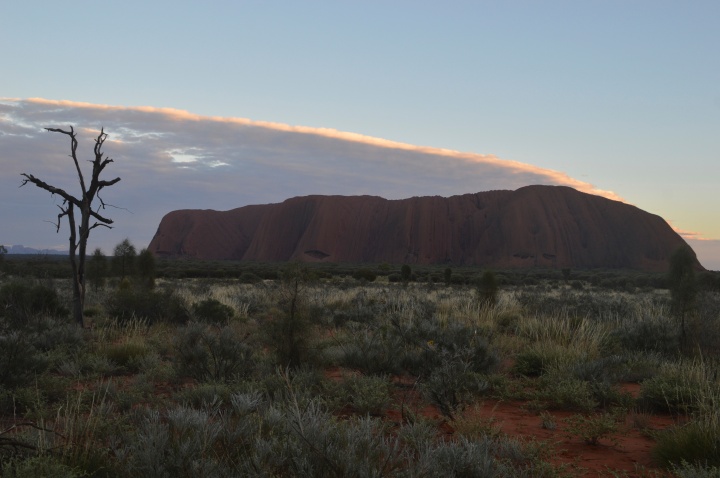 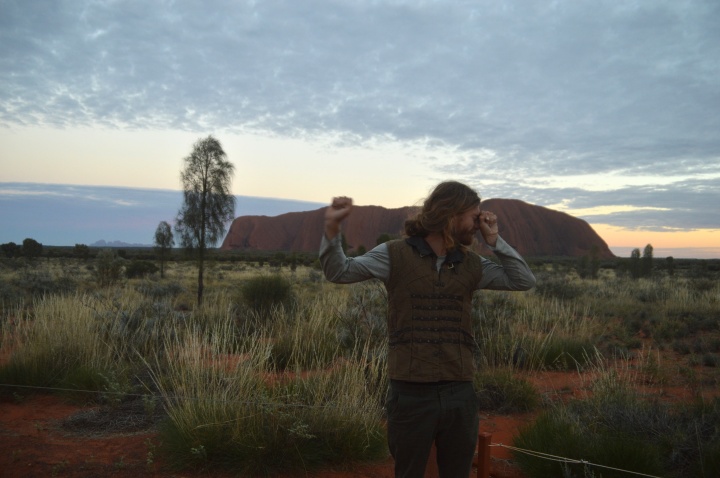 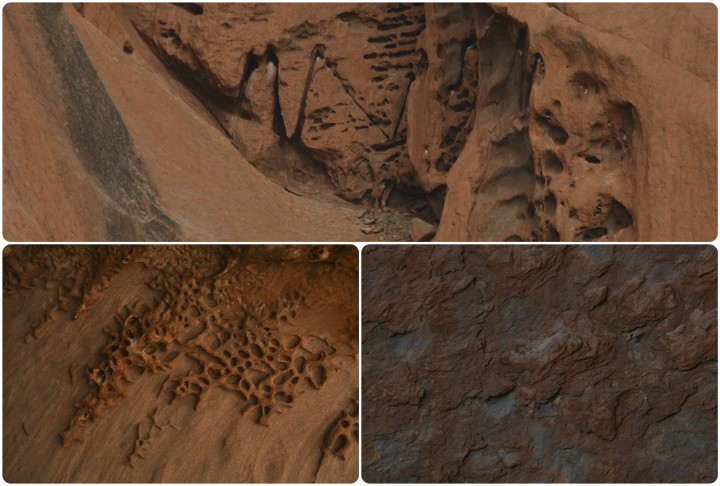 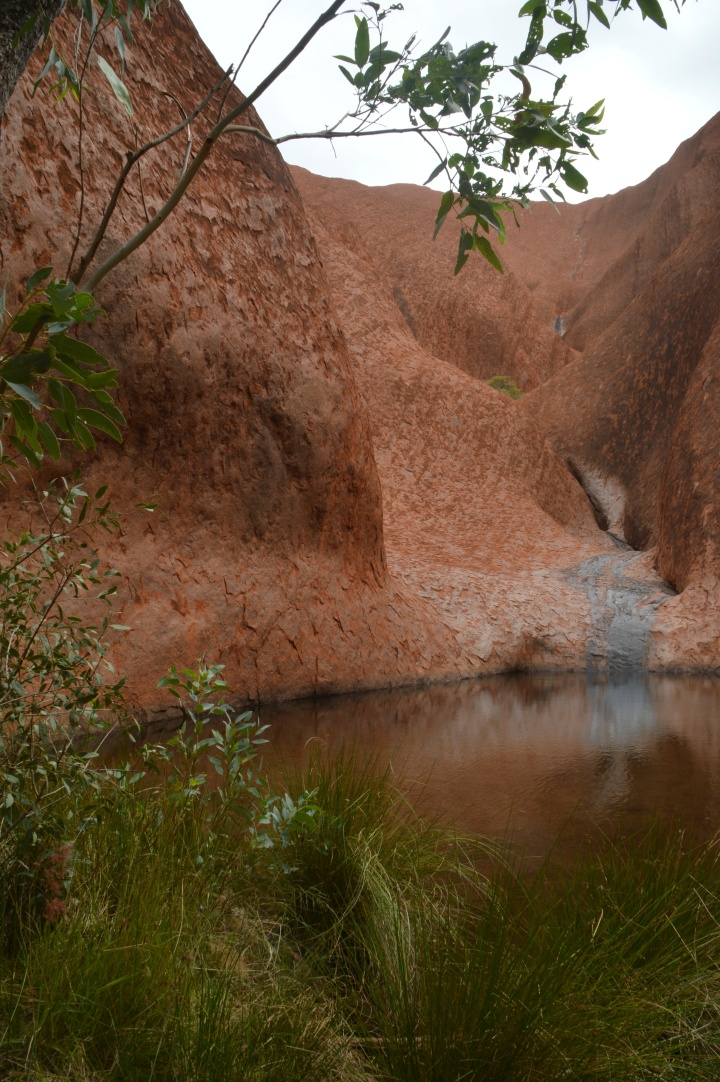 After what turned out to be a 18km walk around the base of Uluru, we couldn’t resist checking out the Camel racing that takes place in Yulara every Saturday. What a strange addition to the small community out there-high heeled shoes and fascinators, egg and spoon races, and some very unimpressed camels being nudged into competition. We retreated without even buying a beer, and heading back to heaven for a hot shower. The Red Centre is magic, and there is so much to explore. What a powerful heart this country holds.